João was a successful player back in Brazil and, when he moved to the Netherlands, he joined a neighborhood club. He’s quite talented, and after a year he was scouted by Sparta, a respected club in Rotterdam. They invited him to train there and later to join. His parents even received some money. João got new clothes and fancy sunglasses.

João: I’m really proud and I cannot wait to show Casper and others at school. I really look great like this!

Casper: What’s the matter with João today? He parades across the school yard with his new clothes and fancy shades. He looks awkward and fake, and together with the other guys we’re making fun of him. He really shouldn’t think he’s any better than us.

When João joined the neighborhood club he was just a basic team player. His friends at school liked him and they liked to help him settle in his new country. But a year later, with his success, João is proud and showing off his success. This annoys his friends, because they view João’s behavior as bragging and showing off and it irritates them. Maybe they are also a bit jealous, but that’s healthy and friendly competition. . In the Netherlands a common saying is: ‘Just act normal, that’s crazy enough”. João should be proud of his success, but he should be aware that flaunting it is not appreciated. People like it when you stay ‘normal’ and they value and respect modesty, even if you are successful.

Someone, for example a coach at Sparta, could tell João that people don’t like it in Dutch culture if someone shows off their success. It’s seen as bragging and boasting. His Dutch friends probably admire his success and accomplishment, and João can certainly be proud of himself, but he’d better not show it too much. The Sparta coach should quietly tell João, or possibly even his father, so that the discussion can be had in the comfort of their home..

According to the cultural dimensions of Dr. Hofstede, the Netherlands has a feminine culture because scores low on the Masculinity dimension (MAS). In feminine cultures, one focuses on caring for the ‘underdog’; those who are less fortunate. They have little sympathy for the ‘topdog’, especially if they brag about their success. This is seen as arrogance, a trait that is frowned upon in the Netherlands. João is from a culture that is generally a bit more masculine, where people pride themselves on (and want to be associated with) the success of self, friends and family. 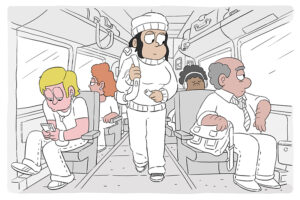